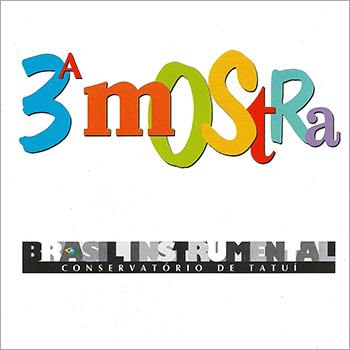 The Conservatory of Tatuí, maintained by the Government of the State of Sao Paulo, is one of the most respected music education institutions in Latin America, and also promotes important annual workshops and festivals. The 3ª Mostra Brasil Instrumental (“3rd Brazil Instrumental Show”) was held during the Festival Brasil Instrumental 2006, aimed at exposing new talents of Brazilian instrumental music.

The CD 3ª Mostra Brasil Instrumental — Conservatório de Tatuí brings the top ten groups featured on the event, including one track from each. Bruno Mangueira performed as the guitarist of Banda Urbana in concert held at Procópio Ferreira Theater, on July 3, 2006. The piece De Viterbo, composed and arranged by trumpeter Rubinho Antunes, represents this band on the cd.