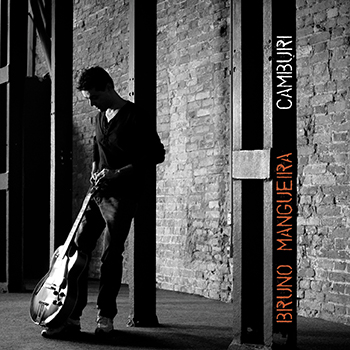 With good taste and personality, he traces well his musical paths, always searching out the best: his accomplished influences of Brazilian music and jazz mingle in a sensitive way, and gradually his music evolves as his own – personal, compelling and cheerful.
Today, listening to his CD, I am sure that his musical contribution to Brazil and the world is already written.

CD Camburi was released in Brazilian and U.S. cities, including Bruno’s concert with symphony orchestra and big band at the University of Louisville Jazz Fest 2014 — an event that also featured bassist Christian McBride.

The album was produced by the Government of Vitoria, with the support of Grupo CJF, Viação Grande Vitória and ArcelorMittal.

WHERE TO BUY (Brazil)